Meet our diverse and innovative

One By One Team

The honourable, Cooperative And Elegant 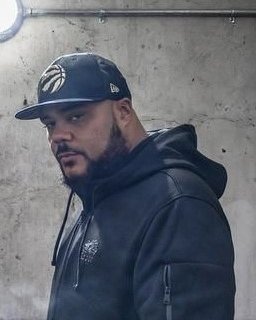 I was born 11/08/78 to a mother that is only 16 years my senior, she is Caucasian/Canadian and my father, 19 at the time was born in Jamaica and had recently migrated to Canada with my grandmother and his 3 younger siblings. They never married and split up before I turned one. A year or so later I had a step-father come into the picture, Italian/Canadian. They married eight years later and my mother gave birth to my brother when I was nine.

I was raised in Toronto Ontario Canada’s south, west end in a MTHA (Metro Toronto Housing Authority) housing project named Swansea Mews. I left home at thirteen and lived on the streets off and on, coming home then leaving for one reason or another until seventeen when I left home permanently. The first time I left home was when I was introduced to petty criminal activities then soon after, gang activities that ultimately led to organized crime. I rose through the ranks rather quickly because I took it seriously, was ruthless, kept my word, wasn’t afraid to take risks and do whatever it took to make things happen. It also helped that by the time I had finished growing I was 6’5, 220 lbs. I Kept in shape, studied several different martial art disciplines over the years off and on from the age fourteen until 2010. I rose through the ranks to become a gang leader of a large street gang then went on to work with organized crime groups.

Through a process I have dubbed the “Internal Realization & Transformation Process” (IRTP). I changed my life around and I am now a subject matter expert/consultant on the subculture of organized crime/gangs culture and theory. I am also founder and president of a think tank and speakers Bureau, The One By One Movement Inc. Rooted in curbing negative lifestyle trajectories that lead to extreme acts of violence. Our methodology for program development is acquired from peoples with lived experience. I am also an anti-poverty, anti-bullying, anti-recidivism, anti-gang, anti-extreme acts of violence and youth advocate.

I believe that my background as a musician has helped me to develop my own unique writing style. For many years I wrote deeply descriptive, thought provoking rap lyrics about my life and surroundings under the stage name “King Con”(I may feature some of these lyrics in the manuscript). In 1995 I created a rap group called CROOKS OF DA ROUND TABLE with several other talented musicians from my neighborhood and other low income neighborhoods in the greater Toronto area.

We released our first single “Day by day knight by knight” in the summer of 1996 under JUICE RECORDS, an indie record label that I was co-CEO of. We did our own distribution through SONY CANADA, sold over 10,000 copies worldwide, followed by a video in 1997 titled “Knighted Rebels”. This was played in medium rotation on programs such as MUCH MUSIC’s RAP CITY and was played on BET’s RAP CITY while our single was regularly played on radio stations internationally. In 1998 we released our 2nd single “Passionate Stare” with a video and this also did fairly well with sales which led to an invite to feature on EMI’s BEATFACTORY’s RAP ESSENTIALS 2 and a nominee for best group at the URBAN CANADIAN MUSIC AWARDS. Our legal representation was the well known Canadian music lawyer Zack Werner. I am a published writer in that respect.

The first chapter of CHRONICLES OF A CHANGED MAN was integrated into a criminology course at Ontario Tech University, formally known as the University of Ontario Institute of Technology (UOIT). I was contracted by UOIT to lecture on subject matter expertise a number of times and have been asked back to do follow ups upon the completion and release of my novel.